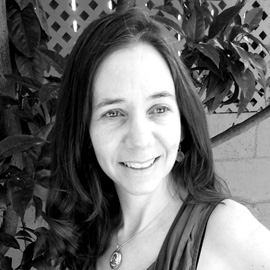 
Karen Briner grew up in South Africa, and wrote for the award-winning South African children's animated television series Magic Cellar as well as the medical drama Jozi H, which she co-created. She is the author of two middle grade novels: CASSANDRA'S QUEST (Human & Rousseau) and SNOWIZE & SNITCH, which School Library Journal praised as "A middle grade adventure that hooks readers right in the first chapter with a strong female character and a cryptic message from a crow." In it, a once-intrepid spy, a dignified rodent and a girl with a perplexing past team up to find out who is draining the minds of great scientists of their knowledge.